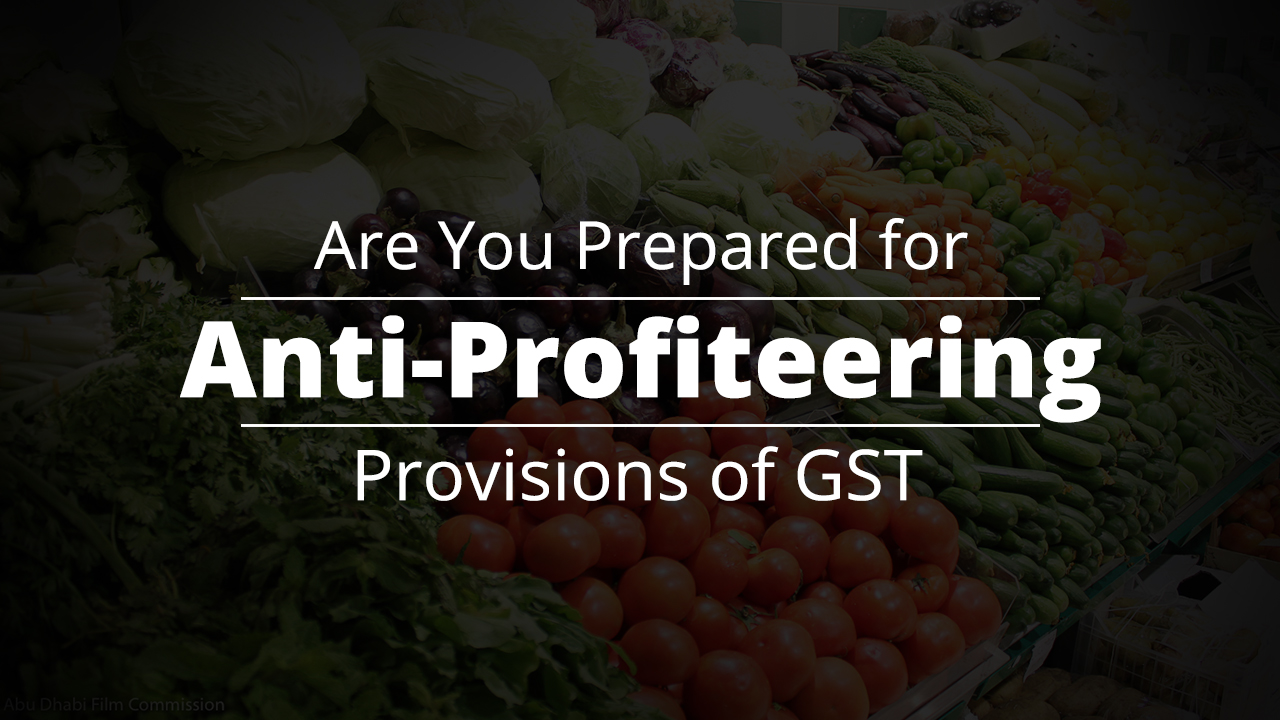 
The government has set up the National Anti-Profiteering Authority amid reports that some companies, particularly restaurants, are not passing on the benefit of the goods and services tax (GST) rate cuts to consumers. B N Sharma, additional secretary in the department of revenue, was on Tuesday appointed chairman of the authority.
Now, guidelines on what exactly constitutes profiteering are awaited. The authority will exist for a period of two years from the date Sharma takes charge.
The authority is mandated to ensure that the benefits of input credit and the reduction in GST rates on specified goods or services are passed on to the consumers by way of a commensurate reduction in prices. The government also named four senior officials as technical members of the authority.
“With the chairman and technical members now having been appointed, the authority becomes functional thereby reassuring consumers of the government’s commitment that GST would result in lower prices of goods and services,” a statement from the finance ministry said.

Govt eases transfer pricing dispute settlement
In a move to reduce litigation and boost investor confidence, the central government has decided to allow access to a bilateral forum for transfer pricing (TP) disputes, for all tax partner countries. The move to accept applications for bilateral advance pricing agreements (APAs) and mutual agreement procedures (MAPs) is expected to benefit a number of multinational companies that are based in important trade partners.
The government has said that even if a tax treaty with another country does not contain the provision of corresponding adjustment in matters of TP, it would still entertain bilateral MAPs &APAs with such a country. This does away with the requirement to amend tax treaties to remove such a deficiency.

ARCs can Now Control Sick Cos
In a move that would allow asset reconstruction companies (ARCs) take management control of sick companies, the Reserve Bank of India has removed the 26% cap on shareholding after conversion of the debt of the borrowing firm under reconstruction into equity.
In a note to ARCs sent late Thursday, the central bank said ARCs that maintain Rs. 100 crore net owned fund consistently and follow good corporate governance would be exempted from the 26% shareholding limit prescribed in 2014.
“This is a brilliant move,” said Vishal Kampani, managing director of JM Financial Group. “Debt resolution will get more traction and we expect banks to be more willing to sell their bad debts,” he said. ARCs are permitted to convert a portion of debt into shares of the borrower company as a measure of asset reconstruction.

Shipping, Airline Cos Add to GST Woes: Exporters Exporters have informed the finance ministry that goods and services tax refunds are getting delayed due to airline and shipping companies not submitting proof of export to customs and mismatches of invoice numbers in shipping bills and GST return forms.
India’s exports dipped for the first time in 15 months in October, falling 1.1% to $23.1billion and are expected to fall further in November as exporters turn away clients and new orders while they get to grips with the new tax regime, which was rolled out on July 1. Last month’s trade deficit widened the most in three years to $14 billion.
The Federation of Indian Export Organisations (FIEO) also said that despite the customs department allowing manual filing of input tax credit refund claims more than 10 days ago, the required application form (RFD-01A) is not available on the GST portal. “Only a fraction of the IGST (integrated GST) claims of July has been paid. The process has not even started for input tax credit,” FIEO director general Ajay Sahai said.

Divestments, GST mopup to lower fiscal deficit pains The success in divestments and encouraging goods and services tax (GST) collections will help the government reduce pressure on the fiscal math, says are port. “Disinvestment drive and GST rollout will reduce pressure on fiscal arithmetic,” domestic rating agency India Ratings said in a report on Monday.
It can be noted that government has reiterated its commitment to narrow down the fiscal deficit to 3.2 per cent for FY18. Frontloading of expenditure, where the Centre has exhausted 96 per cent of the deficit by August, and also a slowdown in growth had put question marks over whether the Centre will be able to meet the fiscal deficit target or not.

If you have any Query regarding this Click Here