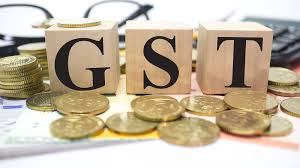 
The enrolment window for Goods and Services Tax Network (GSTN), the IT backbone of GST, will be reopened on June 1 for 15 days, the finance ministry said in a statement. Around 61 lakh taxpayers out of total 84 lakh assesses have already enrolled under the first phase of enrolment on the new payment portal of GSTN that ended on April 30, it said.

Discussions on enrolment on GSTN were a part of the meeting chaired by Revenue Secretary on Wednesday, where he met GSTN, CBEC and Infosys officials to take stock of IT preparedness for GST rollout from July 1 this year.

The process of migration of 84 lakh VAT, excise and service tax assesses to the GSTN had started in November, with a phased enrolment plan for each state in company formation gurgaon. The government had earlier set March 31 as the migration deadline, which was later extended to April 30, following which the government shut down the enrolment process for technical reasons.

The GSTN is conducting a pilot on GST System Software from May 2-16 with 3,200 taxpayers drawn from each State/UT and Centre as participants to test the three modules of company registration in gurgaon, Returns and Payment and to get their feedback on the live system, the statement said.